According to horoscope, the Rat has always been good at generating ideas and he will be on top form in September 2021.

Whether it relates to his work, personal interests or family activities, some of his ideas and suggestions will be particularly well-received and win the gratitude and appreciation of those around. 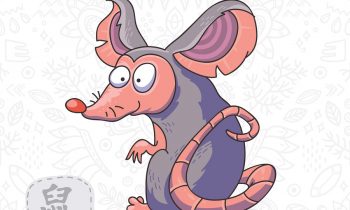 This is very much a month to be enterprising and forthcoming. Also if he can add to his skills and knowledge, even if it is just by reading some informative articles, he will be surprised at how quickly he is able to use and benefit from this knowledge.

As far as his personal life is concerned, this will be an excellent month with enjoyable times to look forward to with family and friends, and especially while away on holiday or pursuing activities that can be shared and appreciated by all.

And for the lonely or unattached, romance could suddenly beckon in a big way!

The Ox is tenacious and has a firm will and, while others may buckle under pressure or feel frustrated when results are not forthcoming, the Ox keeps persisting. And this month his strong faith will be well rewarded.

Despite some annoying delays or the doubts of others, the Ox’s adherence to his plans and principles will deliver some fine and often surprising results.

In addition, his expertise and skills too will give him a good chance to display his worth as well as enhance his standing and prospects.

September will, though, be an unexpectedly expensive month and while the Ox is usually so careful in money matters, it would be worth him keeping a close account of his outgoings.

This will also be a pleasing month personally with the Ox appreciating some enjoyable occasions spent with family and friends as well as the general encouragement and support he is shown.

And for the unattached, romance will be in the air.

Although so well intentioned, the Tiger will need to keep his impulsive nature in check.

This is not a month when he can take sudden action without thinking the consequences through or make arrangements or major decisions without adequate consultation.

Instead he should let his ideas, thoughts and opinions take shape in his mind, talk to others as well as watch developing situations.

These are interesting times but the Tiger needs to act with caution and restraint.

Work-wise there will certainly be opportunities for him to progress later in the year but in this  month he must not jeopardise his position or reputation by being hasty or outspoken.

Also the Tiger should avoid financial risks during the month or being tempted to spend without regard to his true situation.

The Tiger can, though, look forward to some pleasing times with family and friends, with the last two weeks of September being an active and enjoyable time socially.

The Tiger should also consider getting in contact with some friends or relations not seen for some time. Interesting news could follow.

This will be a fortunate month for the Rabbit and, if he has ideas he wants to try or activities to do, then he should follow these through.

Whether this involves making inquiries, speaking to others, enrolling on courses or finding out about something, what he does will have interesting consequences.

In some cases, what he starts will lead far further than he imagined and, if he is looking to advance in his work, a tentative inquiry or opening followed up could quickly take on a greater significance.

This time period could have several big surprises in store. The Rabbit too could be lucky in some of the purchases he makes over the month, either in spotting some bargains or something he has wanted for some time but which has been hard to track down.

He will also enjoy the support and companionship of family and friends and can look forward to some enjoyable and often lively get-togethers and social occasions mid-September.

Overall a good and constructive month.

With his friendly and outgoing personality, the Dragon will find himself in great demand over the month with his domestic and social life being active as well as bringing much pleasure.

He can look forward to some great and meaningful times with those who are special to him, with joint interests, the possibility of travel as well as some interesting activities all leading to some enjoyable occasions.

And love and romance will be very much in the ascendancy with existing romances becoming more significant and, for the unattached, chances to meet and enjoy the company of others.

However while personally this will be a good month, work-wise the Dragon should avoid taking risks or being too hasty in activities. To prevent problems, care and vigilance is required.

Similarly money will flow from the Dragon’s account quite freely and more forethought with certain purchases would be advisable.

Generally though, on a personal level, September will see the Dragon in fine and sparkling form and be a month he will much enjoy.

An interesting and exciting month ahead and one in which the Snake should make most of his knowledge, expertise and ideas.

And by promoting himself and his talents the Snake can look forward to some pleasing triumphs as well as substantial headway.

This is a time to advance and seize the initiative. However while so much can go well, the Snake must take particular care with his relations with others.

He may be his own person and sometimes a loner but progress does require the backing and approval of others and this he must be sure to build up.

For those in creative occupations or who have interests that allow them to express themselves, this can be a time of considerable success.

The Snake’s efforts will also lead to an improvement in his finances but, although welcome, the Snake should not be in too great a hurry to spend any surplus. Money set aside now can be put to better purpose later in the year.

Domestically and socially this will be a pleasing month although again the Snake does need to listen closely to the views of others. Mid-September could see some pleasing social activities.

This will be a constructive month for the Horse and, by spending time furthering his interests or skills or following up some ideas he has long had in mind, he will be pleased with what occurs and he achieves.

And if he can involve those around, perhaps by asking opinions, advice or letting them assist in his various undertakings, he will find this can help give the activity momentum as well as keep him focused.

There will also be the added bonus that what he accomplishes this month can have positive consequences in the months ahead.

Both work-wise and as far as interests and his development are concerned, this will be a useful and positive month.

Travel too is well favoured and the Horse should take advantage of any opportunities to go away.

He can also look forward to some fine and meaningful occasions in his domestic and social life, with a pleasant surprise occurring late in the month.

Lucky Goat, there will be some great personal times in store in September 2021 with his social diary quickly filling up.

In addition to parties and other gatherings, friends will often want to meet up and for the unattached, this can be an exciting time.

The Goat certainly knows how to enjoy himself and this month he certainly will! 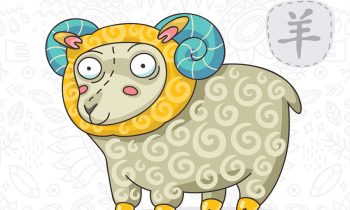 Also luck will be with him in money matters and although his expenses will often be considerable, somehow he will always manage to find funds to meet what he wants to do.

In addition, he could enjoy some good fortune in a competition that he enters.

However, while the Goat’s personal life will be on a high, in his work he should not let his standards fall or concentration slip.

There are others who have some ideas lined up for him and some carelessness or inattention could – temporally – undermine his prospects.

September 2021 is a month when the Goat should give of his best as well as enjoy the splendid times that this month offers.

The Monkey has a very perceptive nature and is aware of the winds of change about to blow his way.

Particularly in his work, rumours of changes and possible new opportunities could signify chances to progress and, to maximise these, the Monkey will need to give well of himself at this time.

And by building up contacts and support, putting forward ideas as well as showing commitment and enterprise, he can certainly impress and boost his prospects in the progressive months that follow.

In view of his work obligations, the Monkey should keep his other commitments to manageable levels and make sure also that he has sufficient rest and chance to unwind.

And by setting time aside for his loved ones and perhaps occasionally going out for a meal, to some entertainment or even having a break away, he will find that it will do him good as well as be appreciated.

This can be an important month for the Monkey but he must balance out his activities.

A pleasing and constructive month ahead. In his work the Rooster will be particularly encouraged with how his present activities and plans are developing and, for those wanting to make headway, interesting openings could appear or proposals offered. 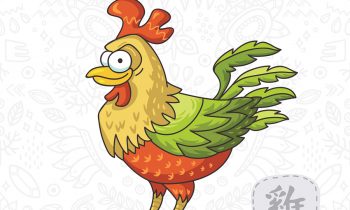 Those around, as well as those he meets, could be particularly impressed with his manner and qualities and this too can help his prospects.

In addition, the Rooster will get much satisfaction from his interests and by meeting and contacting fellow enthusiasts some interesting possibilities could emerge.

The Rooster’s personal life will be busy and exciting but, while he will enjoy so much, he does need to be careful about being caught off guard.

An innocent remark or candid comment could cause embarrassment among family and friends.

Roosters, enjoy this time period, make good use of talents but keep tabs on what you say!

The Dog always likes to give well of himself and, in September, his work, considerate nature and ideas will draw a pleasing response.

And with his prospects holding much promise over the next few months, the plaudits he wins and way he impresses will greatly help with any opportunities he does decide to follow up. 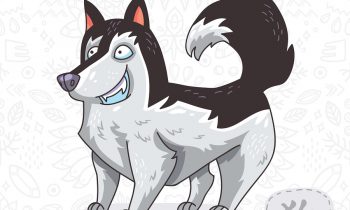 In addition, some he meets and who hold influence too will be taken with his qualities and by giving of his best the Dog really will do himself much good.

This will, though, be an expensive time and the Dog should watch his general level of outgoings.

Domestically and socially the Dog will be in fine form, particularly in joining with family and friends in various activities and recreational pursuits.

Also any advice he receives unexpectedly from a good friend would be worth heeding, especially in view of the upturn he is soon to enjoy.

The Pig is perceptive and during the month he will sense that not all is as it should be regarding his work.

He could feel that some colleagues are holding something back or certain activities are not proceeding as well as he would have liked.

And in view of his concern, the Pig will need to remain vigilant and not do anything that will undermine his present position. 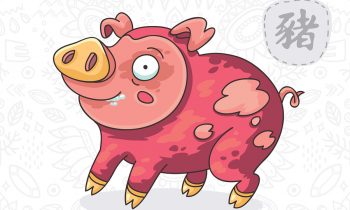 By mid to late September situations will become clearer and doubts eased but this is a time for care. Domestically and socially there will also be much the Pig wants to do but, to prevent diving off in too many directions or spreading energies too widely (and tiring himself in the process), he should plan out his activities and commitments with care.

With good organisation he can certainly enjoy himself and can look forward to some splendid times with family, friends and, in some cases, new admirers!