The Chinese zodiac, unlike the Western one, corresponds to a period of about one year. While it is quite difficult to establish this, astrologers have concluded that the closest sign to Leo in the Chinese zodiac is Monkey. Next, we invite you to discover the main traits of both Leo and Monkey, to learn how similar these two zodiac signs really are.

The fifth sign of the zodiac is the fire sun sign referred to as Leo. People born between July 23 and August 23 have these traits. They are courageous (sign of the lion), arrogant, dominant, self-centered, influential, loyal, passionate, and quite lazy.

• A Leo is a natural leader and does not shy away from taking the stage.
• Leos have immense self-confidence. They are rather outspoken and ambitious. Aside from this, their pride pretty much sets them apart from the rest of the star signs.
• The other side of their personality is that they have the power to be quite romantic and very loving.
• A person born during this period never settles for the mundane, s/he prefers a job or career that is creative and empowers them considerably.
• Since loyalty is their prime positive trait, being in a leadership position makes them rather well cherished in the field.
• The negative side is that they do not like being bossed around or being told what to do because they prefer to do their own job at their own pace.
• Since they are rather free-spirited they definitely do not shy away from the job but use their social skills to better their portfolio and the brand that they represent.
• Leos are passionate people with very high levels of intellect but their dominant nature can turn the tide in a romantic relationship. A Leo usually seeks a partner who is not as successful as her or him.
• A Leo craves excitement and beauty and needs the two to blend. Once they settle down, Leo will be extremely loyal but is always the dominating force in the relationship.
Men and women born during this period do not take kindly to being subservient to another person, irrespective of the relationship. If they are forced to do this, they will not be able to tolerate this and eventually rebel.

What Are The Main Characteristics of a Monkey?

Monkey years are just as volatile as Monkeys themselves. Those born in these years are known to be intelligent, quick, and lucky. Nevertheless, they very much enjoy jokes and high jinks which often gets them branded as tremendous pranksters.

Those born in the Year of the Monkey are shrewd and fast. They are truth seekers and always want to be the ones to cut things off, which makes others think they are self-important.

Monkeys display great admiration towards those who can answer their questions, however, those who fail to do so may be disregarded by the ever-curious Monkey.

Men born in the Year of the Monkey

These men are athletic, social and dedicated. These Monkeys are eager to try out new things.

They tend to have very hot takes, but despite this, they don’t often cause offense to others.

Women born in the Year of the Monkey

They are very adaptable people, who make for great designers and artists due to their intelligent nature and creativity, in spite of their playfulness.

Awfully smart but just as mischievous, these Monkeys enjoy challenging situations and problem-solving, thriving in high-stress environments, they turn out to be very successful people that are adored by others.

Monkeys And Their Love Life

Monkeys are quite cheerful and engaged partners in their romantic relationships, which makes them priced spouses.

Monkeys and Rats make for one of the best matches in the entire zodiac. They have very complementary personalities which leads them to thrive when they help each other out.

Monkeys are also very compatible with Ox, Dragons and Rabbits according to the Chinese Calendar. These couples will have cheerful marriages and bountiful lives.

Monkeys are incompatible with Tigers and Pigs. Tigers tend to be too self-centered and selfish, which will damage their relationship with the Monkey.

Pigs have a hard time talking things over with Monkeys, which can generate confusion and distrust.

Job Opportunities for the Monkey

Being very flexible people, Monkeys can take on just about any job they pick. They have an innate convincing nature, paired with great oratory abilities, compelling arguments and diligence they are very valued by their colleagues and boss.

These Monkeys are better suited to creating businesses and independent enterprises than any other zodiac sign. They enjoy being involved in their companies, which will take up most of their time. If they run large companies, they tend to overextend.

The Elements of The Monkey

The Monkey’s main element is Metal, which makes it so Monkeys have two elements within the same year, one Metal and the other one tied to that particular year. Orientation and direction are very significant elements of the Chinese mythos and are heavily used in the Chinese Horoscope. The luckiest orientations for Monkeys are southeast and south.

Generally, Monkeys are in good health, thanks to their very diligent nature, always on the lookout for some new work. The most common illnesses for rabbits are neurological and sanguine problems.

They are very keen on work as previously mentioned, which can create high levels of stress that make them more prone to illness at an earlier age. They need to maintain a good diet in order to thrive.

Celebrities born in the Year of the Monkey: 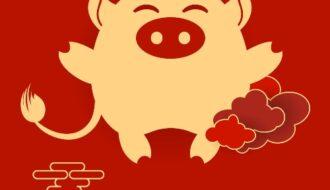