Number 9 – is a lucky number

Number 9 is related to luck. It’s a multiple of 3, which is usually considered the symbol of the holy trinity and has a solid positive meaning. In both European and Asian cultures, the number 9 is considered lucky.

9 is a number full of vitality, protecting long-term projects, investments and gambling. So, try to sign your most important contracts on the 9th of the month or get married on a day or in a year that includes this number.

The number 9 symbolizes the principles of leadership, charity and service to others. When the number 9 appears to you repeatedly, it is a message that you must follow your passions.

Also, 9 is a number that tells you that something is ending. Or you need to change your approach to a project or a decision you need to make about a particular situation.

When you start to feel that you deserve more than you have, this number comes up. It’s like angels telling you that it’s okay to want more, and to get out of a certain jam because you can do that. The angels suggest that they have some changes in store for you, and you’d better take them into consideration.

The most powerful characteristic of the number 9 is optimism. And it’s only natural that it should be so, as it is the ninth and last digit in the numerological circle and is blessed with the gift of discovery.

Luck is another of the number 9’s strengths.

What Does the Number 9 Mean in a Dream?

If number 9 appears in your dream, you may be trying too hard to maintain a poor relationship, be it romantic or friendship, but the other person may not be interested at all. In this case, you need to stop stressing and distance yourself from the person you can’t get along with.

These people were born for success and brilliant victories. And they have all the character traits needed for that: strength, authority, perseverance, courage and a great sense of responsibility. Whatever they do, they care about those around them.

Even if this concern seems rude and forced, it’s important to remember – Nines are firm and unshakable only outwardly; inwardly they are tender and compassionate.

Although people with destiny number 9 do not have an easy life and often get into conflicts with their parents and relatives in childhood.

They are always busy, restless, even when they should be resting. They live their life to the full, enjoying the moment, the adventure and love.

The number 9 speaks of a romantic, sensitive nature. People dominated by the number 9 tend to fall in love quickly, open up in love, giving everything to their partner. They are sincere and honest, expecting the same from their partner.

These people are not interested in money, they are not fighting to earn a lot of money and make a fortune. So they are not impressed by the financial side but are more concerned with the spiritual side of life. If they have to, they donate their possessions to help others.

In astrology, the number 9 is associated with Mars, the planet of ambition, passion, and aggression. Mars rules Aries and Scorpio).

Mars brings passion and ambition, giving very strong feelings. However, Mars’ influence can cause problems when it is not channeled in a positive way. Mars makes you eager to protect others and fight for what is right.

Number 9 – a Lucky Number in the Chinese Zodiac

The most auspicious numbers, according to Chinese numerology, are 6, 8 and 9. The number 6 is pronounced ‘Liu’ – which means ‘smooth’. The number 8 (Bā) signifies “well-being”, “good luck”.

The number 9 (Jiu), means eternity, longevity and is associated in Chinese culture with the Emperor of China. Emperors’ clothes are decorated with 9 dragons. 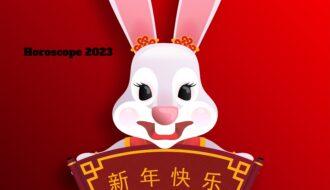